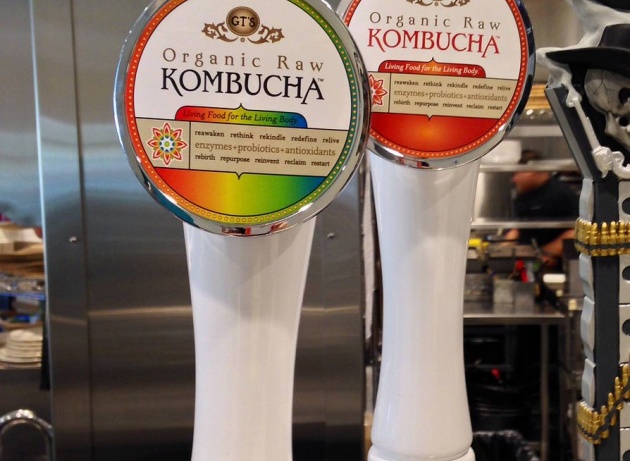 Known for years in alternative health havens around the world, kombucha is making its move into the mainstream, showing up with increasing frequency in restaurants and on store shelves. Fans say the drink strengthens immunities, helps digestion and can even prevent cancer. Others claim to just like the taste. Meet kombucha – a fizzy brew made from a culture of bacteria, yeast, tea, sugar and usually some ingredients thrown in just for flavor. The drink has its roots in East Asian folk medicine. Now, like yoga and meditation before it, kombucha is taking the West by storm, a tsunami that includes kombucha bars that serve the drink on draft, like beer. While kombucha probably won't get you drunk, it often contains a smidgeon of alcohol, usually less than 1% by volume, created as a by-product of the fermentation process. Given kombucha’s increasing popularity over a number of years, we're betting this trend has legs, and you can expect kombucha bars to start opening up with increasing frequency.

Visit the original source of this trend at www.beyondbrewing.co
Back to Trends Listings
Tweet