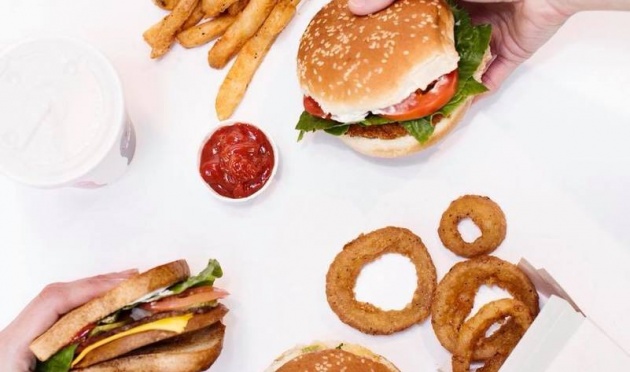 Canadian vegan fast-food chain Globally Local will open a fourth location in Windsor, Ontario next spring. Construction has already begun on the new, 1,200-square-foot restaurant, which will be modeled after its Toronto location. The 28-seat restaurant will offer a fully vegan menu with breakfast, lunch, and dinner options such as sausage-and-cheese breakfast sandwiches, cheeseburgers, crispy chicken sandwiches, French fries, onion rings, milkshakes, and coconut soft serve. This will be the second location outside of the chain’s home base of London, Ontario. In addition to operating a food truck, Globally Local founder James McInnes opened two locations in London in 2017, one of which features the world’s first 24-hour vegan drive-thru in a space formerly occupied by popular Canadian fast-food chain Harvey’s.