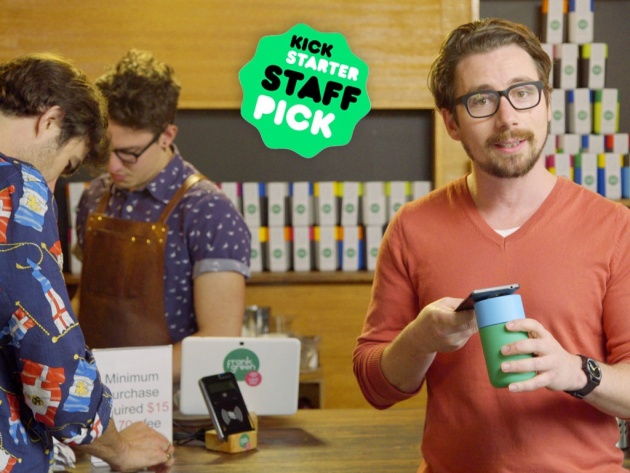 Reusable coffee mugs have been gaining traction over the past few years as the responsible choice for java drinkers worldwide. More and more, people are choosing to be greener by avoiding ordering beverages in container they only use only once. And many companies nudge their patrons in this direction by offering discounts on drinks (and food) served in reusable containers. Now, an Australian company called Frank Green is taking this trend a step further with a “SmartCup” embedded NFC chip. Paired with technology called CaféPay, the cup allows drinkers to pay for their coffee simply by tapping it with a connected smartphone. In addition to paying for your coffee, the associated app will also allow users to gift someone a drink, and track and collect loyalty points from any number of independent cafés. Other perks include a lid and stain and odor resistant materials. While payment by smartphone is starting to take off as a major trend in its own right, we can expect to see reusable containers getting fancier, prettier and more convenient to help wean us off disposables.

Visit the original source of this trend at frankgreen.com
Back to Trends Listings
Tweet