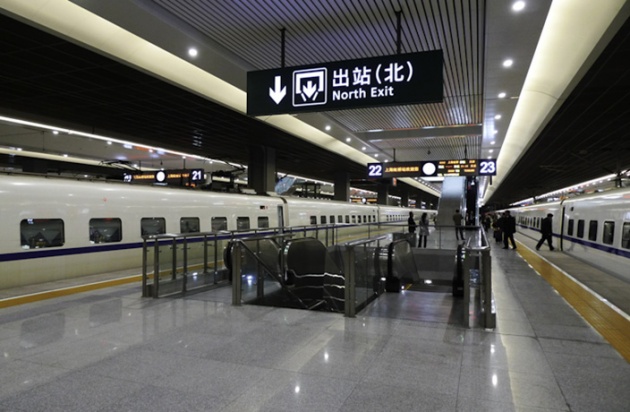 With facial recognition, temporary ID printers and bathrooms equipped with LED screens, Shanghai Hongqiao Railway Station is already pretty high-tech. But things are about to get even better (and faster) as the railway station will soon be outfitted with an indoor 5G network. The project is expected to be operational by the end of the year. Once completed, the Shanghai station will feature 5G coverage that's about 100 times faster than is now standard. What this means for passengers is the ability to download a 2GB HD film in less than 20 seconds, along with other super-fast applications that are only just now being developed.

Visit the original source of this trend at www.thatsmags.com
Back to Trends Listings
Tweet