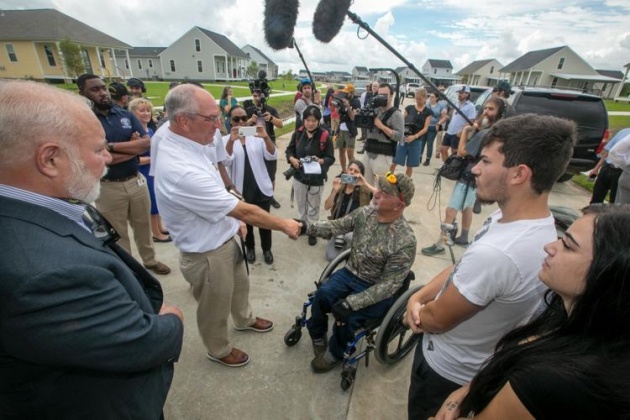 Twelve homes in a resettlement community for climate change survivors opened their doors to new owners in New Isle, Louisiana. The 515-acre property is a former sugar farm paid for with a $48 million grant from the US Department of Housing. Most residents are members of the Jean Charles Choctaw Nation, which has seen almost all of its 700 members leave their namesake island, called Isle de Jean Charles, in recent decades due to severe flooding. "This is the very first program of its kind in the nation’s history, where we’re having to move people because of climate change,"  Governor John Bel Edwards told a crowd gathered for the community's opening. "I wish it wasn’t necessary, but it is."

Visit the original source of this trend at www.nola.com
Back to Trends Listings
Tweet