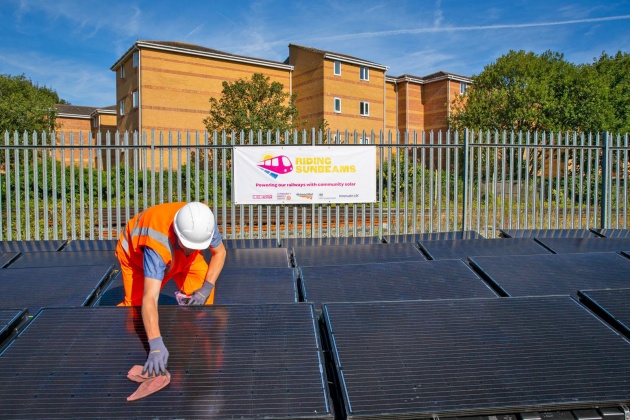 Some trains in the UK are now running on a rail line powered entirely by a solar farm in what's said to be a world first. Around 100 panels are keeping the signaling and lights up and running on the track near Aldershot in Hampshire, and the project could be a precursor to solar-powered trains on the nation's network. Several UK train stations already run on solar. Network Rail, which manages most of the railway infrastructure on the British mainland, has earmarked billions of pounds to electrify rail lines, and aims to do so with solar power if the pilot project is successful. The UK government aims to eliminate the use of diesel on the rail network by 2040.