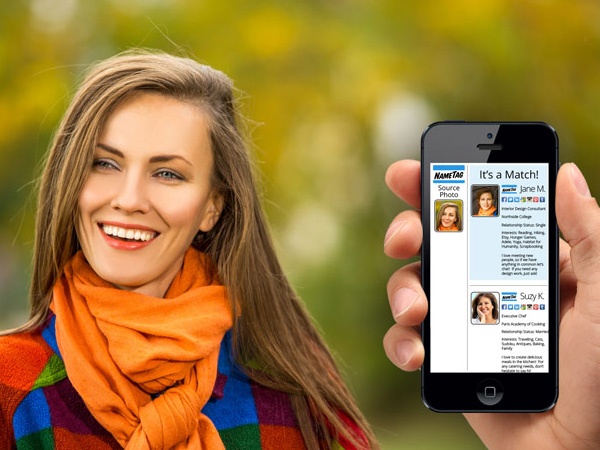 ShareSave to Favorites
Added 13 January, 2014
Facebook and other companies already employ facial recognition technology to identify and tag people in photographs, but, until now, companies have withheld the tech from users for fear that it will undermine privacy rights. Of course, it's just been a matter of time that someone somewhere would put out an application that could let any user identify strangers in the street, online and elsewhere. See someone you want to know more about? NameTag, an upcoming app can name them for you using facial recognition technology. The tech identifies facial features, then matches them to the vast online search and social media databases. Imagine snapping someone's photo, and instantly seeing their Facebook, Twitter, and Instagram accounts. The app's creator is also creating a new tech that will allow users to scan a profile photo from an online dating sites, then identify exactly who that person is. While Apple and Google both seem to feel that apps like these are a serious violation of privacy – and do not allow facial recognition apps to be distributed from their stores, there are many other ways to install such apps to jailbroken phones. Fact is, the technology has been invented and is already out there. It is impossible to put the genie back in the bottle again.
Visit the original source of this trend at m.cnet.com
Back to Trends Listings
Tweet