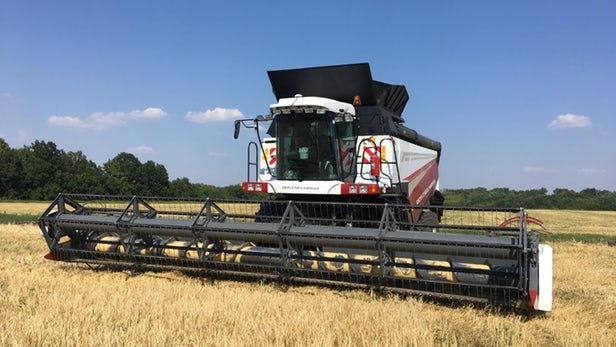 Rusagro has contracted Cognitive Technologies – the same company that’s testing an autonomous tram in Moscow – to install the Cognitive Agro Pilot self-driving systems into combine harvesters to help manage the holding company’s land reserves in the Belgorod region of Russia’s Central Federal District. The agreement calls for the system to be capable of safely operating autonomously over plowed or unplowed ground, as well as mowed or unmowed fields, and take appropriate action when objects like other machines, trees, roads, animals and people are detected. The setup comprises a control system called the Agrodroid, a video camera, a display screen and connecting cables.