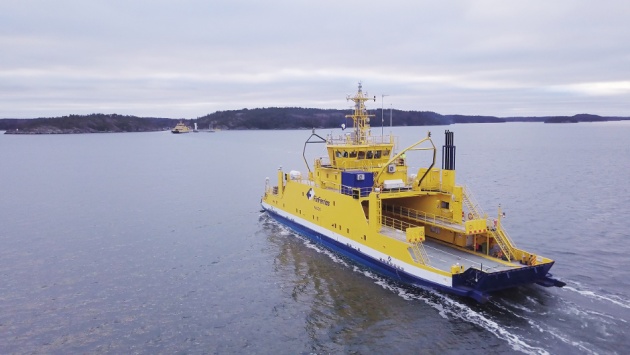 The world's first fully autonomous ferry has been demonstrated in Finland. The Falco used a combination of Rolls-Royce Ship Intelligence technologies to make the outward journey. The vessel detected objects using sensor fusion and artificial intelligence and conducted collision avoidance. It also demonstrated automatic berthing with an autonomous navigation system, a feature that enables the vessel to automatically alter course and speed when approaching the quay. According to Rolls-Royce, the Falco is equipped with advanced sensors which allows it to build a detailed picture of its surroundings in real time. The situational awareness picture is created by fusing sensor data and relaying it to Finferries’ remote operating centre on land, which is 50km away in Turku city centre. Here, a captain monitors the autonomous operations, and can take control of the vessel if necessary. The service proves that the autonomous ship is not just a concept, but something that will transform shipping as we know it.

Visit the original source of this trend at www.theengineer.co.uk
Back to Trends Listings
Tweet