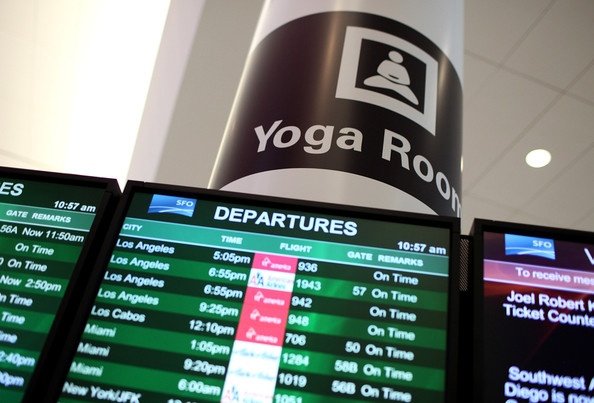 Airports get a bad rap. Journalists like to write stories about the perils of air travel when in fact it is getting better, plusher and easier. Sure, wait times are longer than they once were, but now there is plenty more to do with that time as well. It was only a matter of time before terminals adopted the addition of yoga rooms, playing into another trend that is taking over the Western world. Designed as quiet places to practice some healthful and perhaps anxiety-relieving asanas, yoga rooms have popped up in airports in San Francisco, Chicago, Dallas, London, and Hong Kong, among other places. Part of a larger wellness trend, yoga rooms are adding to the array of existing airport outlets that offer massages and serve healthier foods. Does your airport have a yoga room yet? From what we are seeing, it is likely that soon it will.

Visit the original source of this trend at www.flychicago.com
Back to Trends Listings
Tweet