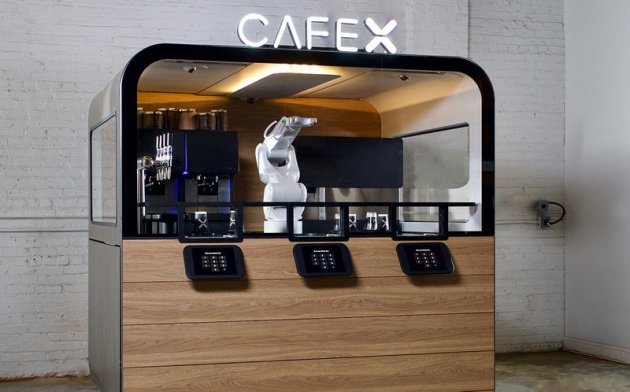 Automated coffee bar manufacturer Cafe X has launched a new version of its Robotic Coffee Bar at San Jose International Airport (SJC). Located in Terminal B, the new automated barista can allegedly handle ten orders simultaneously without mistakes, and the machine can serve a range of drinks including cappuccinos, lattes and iced matcha lattes. According to Cafe X, the new machine was designed based on insights gathered from the company’s three existing prototype machines in San Francisco, which have operated since 2017. Cafe X says that these insights have enabled them to introduce new features to the Robotic Coffee Bar, including a new design, modern user interfaces, music and a ‘dancing robot’ to create a ‘familiar yet futuristic’ coffee experience.

Visit the original source of this trend at www.foodbev.com
Back to Trends Listings
Tweet