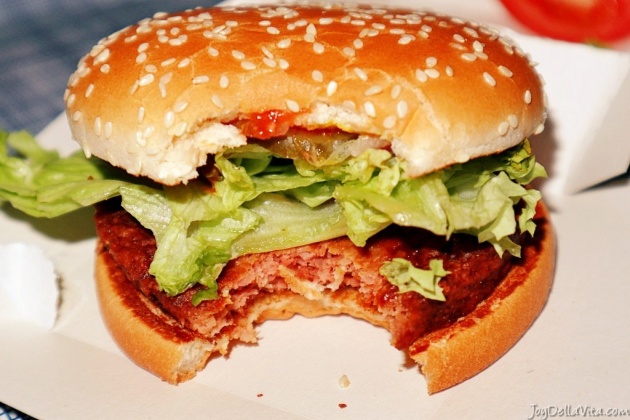 McDonald's is inching closer to getting fully on board the meatless burger bandwagon with a new version in one of its biggest international markets. The burger chain is now selling a vegan burger, the Big Vegan TS, in Germany, one of its five leading international markets. Nestle is making the meatless patty for McDonald's. The plant-based protein trend is growing rapidly as consumers look for ways to eat healthier and reduce their environmental footprints. Unlike veggie burgers, which long had a mediocre reputation, the new proteins are designed to look and taste like meat and to appeal to meat eaters as well as vegans and vegetarians.
Major fast-food chains and food makers are paying attention to the trend and figuring out ways to add the meatless, but meat-like, proteins to their menus. Burger King tested a meatless version of its signature Whopper burger in early April, and has announced it is planning to roll the sandwich out across the United States.

Visit the original source of this trend at www.cnn.com
Back to Trends Listings
Tweet