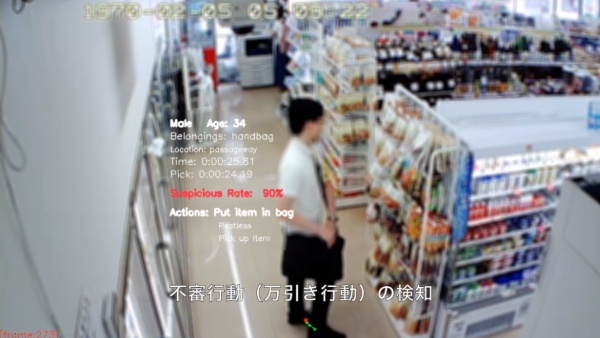 Artificial intelligence might be better at reading the body language of a shoplifter than human employees can, as suggested by a surveillance technology adopted in Japan. Tokyo-based startup VAAK has developed an AI software called ‘Vaak Eye’, which claims to spot shoplifters before they’ve taken something from a store. It’s straight out of the plot of Minority Report, which tells of a psychic technology that detects potential criminals before they commit offences. The tool, which was trained using over 100,000 hours of surveillance data, examines subjects for fidgeting, nervousness or other suspicious gestures that could indicate an impending theft. Aside from a patron’s behavior, the software also scans over 100 characteristics, including his or her clothes, weather condition and crime incidence rate. Rather than nab a subject right away, ‘Vaak Eye’ will send smartphone alerts to personnel to warn them of suspicious characters. An employee can then approach the target to ask if they need assistance, instead of accusing them of committing a crime that hasn’t happened.

Visit the original source of this trend at designtaxi.com
Back to Trends Listings
Tweet