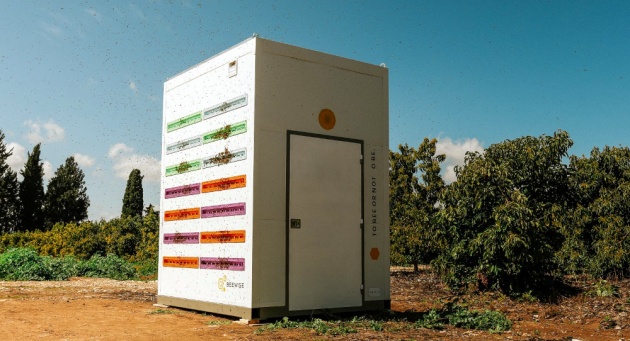 The industrial revolution, digital revolution, and AI revolution all skipped over beekeeping. Until now. Beehome is an autonomous beehive with an integrated robotic beekeeper that constantly monitors the well-being of its inhabitants while collecting data about the colonies. Once there is full visibility into a colony, it is possible to take action, addressing climate change and modern stressors. For example, if the bees have no forage to access and are in starvation mode, Beewise's robot can easily feed them. Or, if it is too warm or cold outside, the robot can adjust the hive's temperature. Beewise says its Beehomes reduce bee mortality by 80 percent, increase yields by at least 50 percent, and eliminate ~90 percent of manual labor compared to traditional beehives. By utilizing 24/7 monitoring and smart technology, Beehomes automatically detect threats to a honeybee colony, such as pesticides or the presence of parasites; and the robotic system responds by addressing the threat in real time in the field.

Visit the original source of this trend at sustainablebrands.com
Back to Trends Listings
Tweet