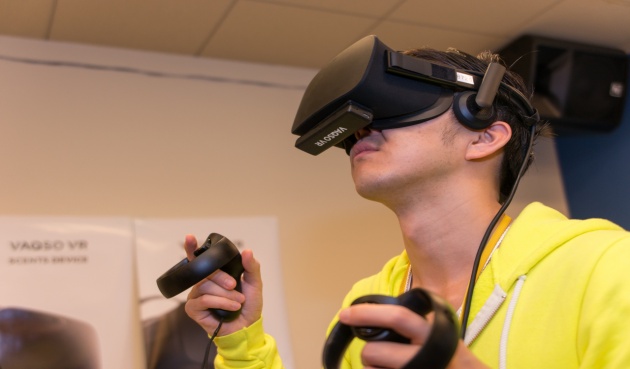 Japanese startup Vaqso has secured funding to invest in the mass production of a VR headset add-on device which creates scents for headset wearers relevant to what they are seeing. The compact wireless device shoots out relevant smells based on the VR contents, amplifying experiences and making them even more realistic. Smells created during the demo phase include fried chicken and gunpowder smoke. The device will also allow users to regulate smell intensity according to their location within the VR environment. The add-on is expected to hit the mass market in 2018.