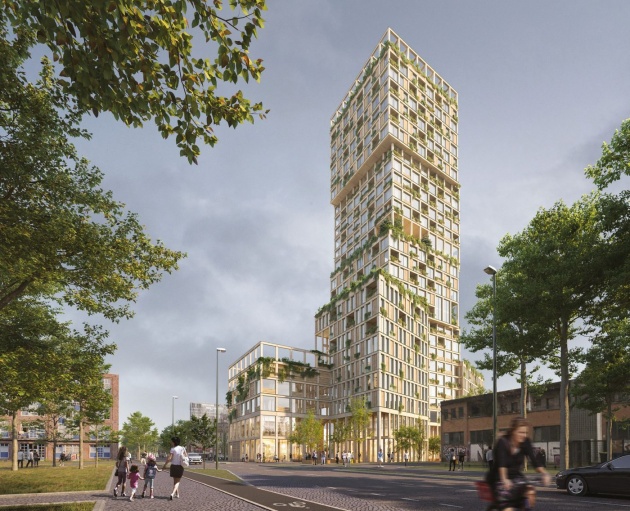 We've written about wooden skyscrapers before, and now the trend is growing. Costing 90 million euros ($109 million) to build, the timber tower will be constructed from the engineered wood known as cross-laminated timber, which allows builders to erect tall towers that use far less steel and concrete than traditional skyscrapers. Called WoHo and designed by Norway’s Mad Arkitekter, the 29-story building promises to be Europe’s highest wooden building to date, using reinforced concrete solely for its core and basement. While the project’s eco-friendly engineering is attracting attention, the complex has other qualities that may be even more interesting. That’s because the tower, and the connected lower-rise buildings that will surround it, aspire to be an emphatically community-focused, affordable development. UTB chief Thomas Bestgen has called it the “Anti-Amazon Tower,” referring to the controversial commercial office building that the online retail giant is erecting in eastern Berlin.

Visit the original source of this trend at www.bloomberg.com
Back to Trends Listings
Tweet