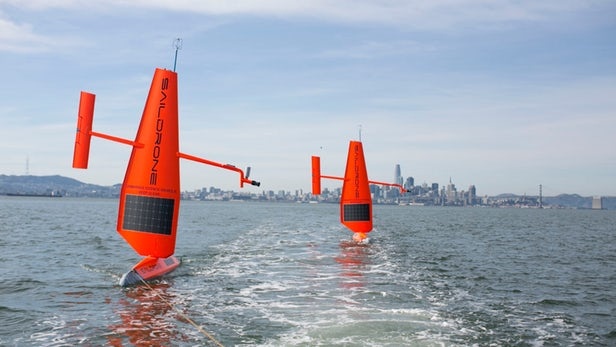 Australian research group CSIRO (Commonwealth Scientific and Industrial Research Organisation) will be using aquatic drones to explore the Southern Ocean. The government agency has announced a partnership with San Francisco-based Saildrone, and will be utilizing three of the startup’s unmanned vehicles for the next five years. The Saildrones themselves are propelled by the wind, and their electronics are powered by the sun – this allows them to remain at sea for up to 12 months at a time, uploading collected data along the way. Equipped with both automatic identification systems and ship avoidance systems, they can operate autonomously or be remotely controlled via a satellite connection from anywhere in the world. In this way, they’re not unlike Liquid Robotics’ Wave Gliders. Along with their existing marine and atmospheric sensors, they will also be equipped with sensors designed to measure ocean carbon, and to provide biomass estimates in the water column.