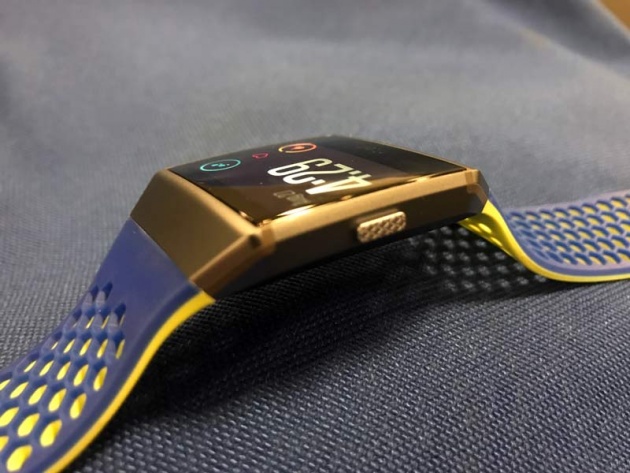 The greatest market strategy isn’t necessarily competing with the Apple Watch Series 3, but in besting all the Android Wear watches we’ve seen, which have been too large and heavy for 24/7 wearables. That leaves Fitbit in a good spot. They’re not including LTE here (at least not yet) but it’s arguable that wasn’t the biggest challenge in the space. Instead, the new Fitbit Ionic solves both the size and interface issues of Android Wear in a lighter and more all-day comfortable case that still includes onboard music and GPS. Ionic is almost exactly the same size as the 42mm Apple Watch, but unlike it, plays happily with either an iPhone or an Android powered smartphone. Touchscreen functions are simple and three side buttons augment the screen so if you’re sweating in the gym you’re not tapping icons in vain. The Ionic also offers four whole days of battery life between charges, which is more than just about any wrist-worn wearable with this much functionality.