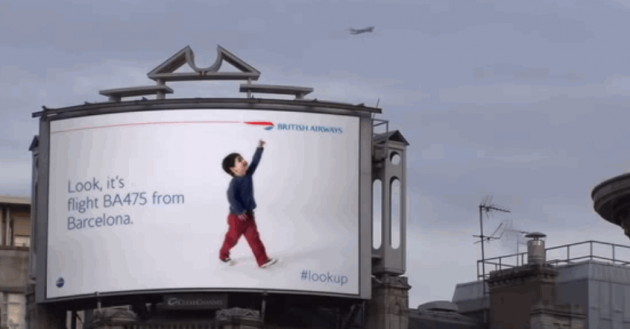 ShareSave to Favorites
Added 23 November, 2013
We've seen interactive billboards before, like the ones that feature QR codes that invite passers-by to scan them for more information. Or the ones that recognize when people are walking or driving by and then flash a message to them. But this one if different. British Airways has placed an animated digital billboard in London's Piccadilly Circus that features a child who walks across it and points to planes flying overhead, in real time. Using technology that tracks aircraft flights, the billboard can be programmed to report the destination of the plane, prices to get there, and other information that invites watchers to dream about traveling. More often we are seeing a trend towards billboards not just talking to people, but interacting with them.
Visit the original source of this trend at www.thedrum.com
Back to Trends Listings
Tweet