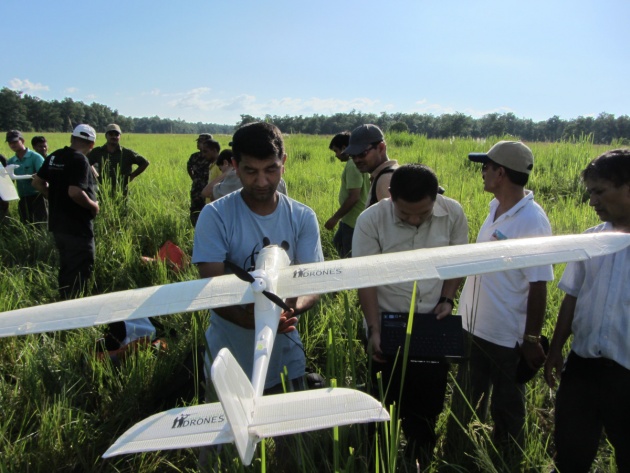 ShareSave to Favorites
Added 1 May, 2015

Naturally controversial as faceless robots in the sky, flying drones also have the potential to solve all kinds of challenges that helicopters, satellites and GPS devices haven't been able to tackle. As they get cheaper and more pervasive, creative people from all walks of life are finding novel uses for the aircraft. Even if you are not a game warden yourself, you can imagine how difficult it must be to keep track of animal populations in a game reserve the size of Costa Rica. Now a federation of private companies in Tanzania is testing drones to see if they’re up to that task. Elephant populations in Tanzania’s gigantic Selous Game Reserve have plummeted in recent years, falling to poachers hunting ivory tusks that fetch high prices in China. While obviously a problem for elephants, the poaching is also a risk to Tanzania’s tourism industry, one of the country's largest exports, which is why the Tanzania Private Sector Foundation is stepping in. Drones are the latest example proving the rule, "if you build it, they will come." Expect to see many more peaceful and imaginative uses for the technology.

Visit the original source of this trend at www.tpsftz.org
Back to Trends Listings
Tweet