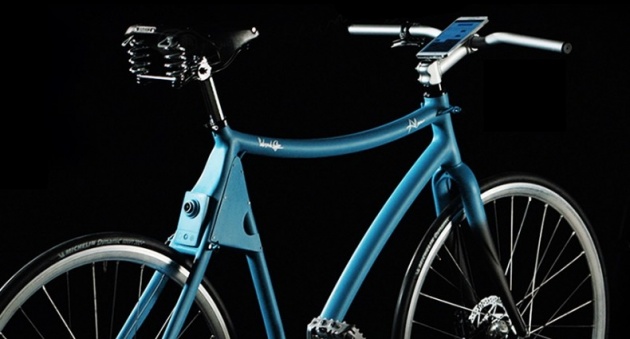 Everything old becomes new again. At least that's the case with the venerable bicycle which seems to be undergoing a renaissance of sorts in cities and towns worldwide. A beneficiary of both the fitness and green trends, bicycles as a popular form of travel and recreation are here to stay. This trend has been solidified by major investments made by cities like Paris, Montreal and New York in running bike-sharing programs and creating bike dedicated lanes on city streets. With bicycles on the cutting edge of cool, innovations and modifications to the traditional two-wheeler were sure to follow. Meet the Samsung Smart Bike. Designed at the Maestros Academy, a project created by Samsung in Italy that brings traditional and digital craftspeople together, Smart Bikes connect with smartphones to add a host of space-age functionality. With the phone placed in a special mount between the bike’s handlebars, the bike is able to project an image of a bike lane onto the roadway , display a camera feed with a rear view from behind the bike, and provide a digital dashboard with information that includes a speedometer. Riders may not be getting any smarter, but it looks like their bicycles certainly are.

Visit the original source of this trend at design.samsung.com
Back to Trends Listings
Tweet