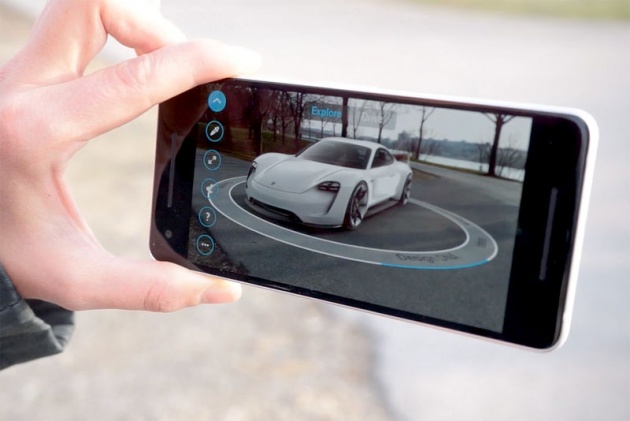 Google's take on a mobile augmented reality framework is no longer limited to a modestly-sized preview. It just released ARCore 1.0, letting anyone publish Android apps that take advantage of the toolkit to meld virtual objects with the real world. To no one's surprise, Google has already lined up apps from big-name brands to take advantage of the new platform. Snapchat has an AR "portal" that takes you inside FC Barcelona's Camp Nou stadium, while Porsche lets you explore the Mission E Concept as if it were parked in front of you. A number of games (such as Ghostbusters World and a range of titles from NetEase) and home furnishing apps (Sotheby's, JD.com, Easyhome and Otto) are also on tap.