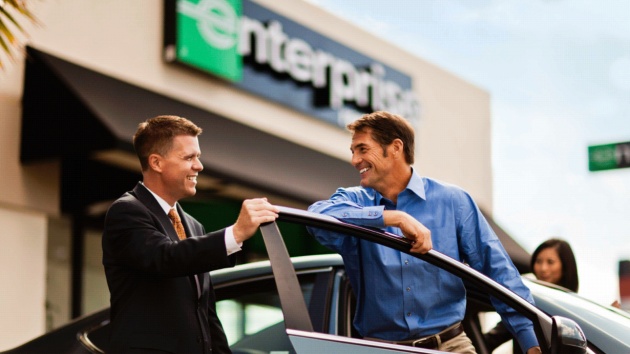 Enterprise Holdings Inc., the nation’s largest car renter, is making a foray into self-driving — albeit gingerly. The privately held company will manage the upkeep and servicing of autonomous vehicles in an upcoming ride-hailing fleet designed by startup Voyage. It’s a small deal, involving about 12 vehicles. But the partnership gives Enterprise an entry point into driverless cars, a technology that could radically transform its main business. Autonomous taxis are seen as a threat to the rental-car business because travelers are already substituting their vehicles for human-powered rides from the likes of Uber Technologies Inc. Enterprise rivals Avis Budget Group Inc. and Hertz Global Holdings Inc. see autonomous fleet management as an interesting new business and have already cut deals with tech companies to manage self-driving fleets if and when they roll out. Greg Stubblefield, Enterprise’s chief strategy officer, said the company has held similar talks with other companies working on self-driving, such as Alphabet Inc.’s Waymo and General Motors Co.’s Cruise, although they have not signed any agreements. “Those companies don’t have expertise in the arena,” he said. “That’s what we do every day.” Waymo and Cruise, the self-driving frontrunners, are battling to bring services to major cities. Voyage is aiming smaller. It’s testing cars in two retirement communities in California and Florida. Later this year, Voyage plans to introduce a commercial service in The Villages, Florida, a city of 160,000 people north of Orlando. The community got equity in the startup in exchange for permission to use its roads.