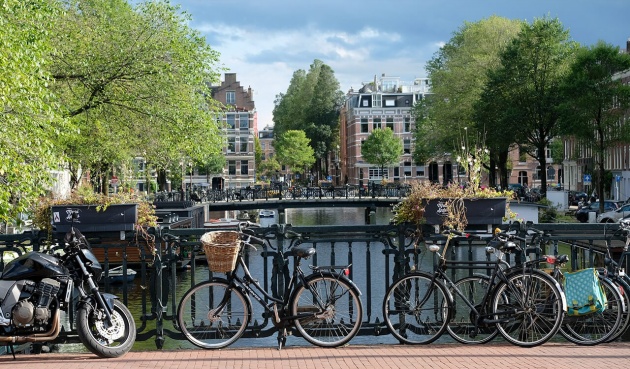 About 68 percent of people in Amsterdam commute to work or school by bicycle, accounting for around 1.25 million miles of cycling a day. All of these cyclists generate an estimated 19.5 million watt-hours of energy each day. This would be enough energy to power thousands of homes – if it could be captured. Now, two Dutch designers think they may have found a way. Designers Guillaume Roukhomovsky and Blaž Verhnjak have created S-Park, a bike rack system that can use kinetic energy from cycling to charge batteries. The system was proposed as part of Amsterdam’s Clean Energy Challenge. As the rider bikes around the city, their front wheel produces kinetic energy, which is stored in batteries on the bicycle. When done riding, cyclists park the bike in a communal bike rack that’s connected to the electricity grid. The energy that the batteries stored during the ride is then discharged into the electrical grid.