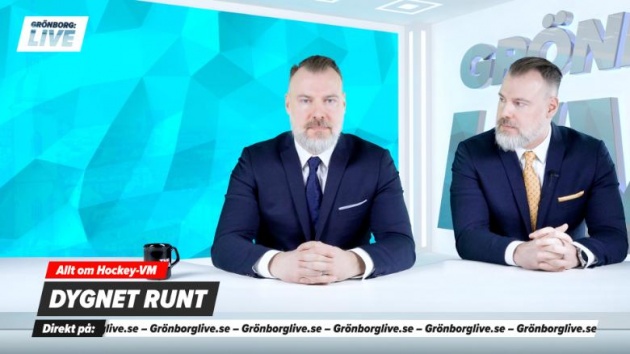 During this year's Ice Hockey World Championships, Rikard Grönborg is doubling up as coach of the Swedish national team and a 24/7 news reporter. He won't, however, be stepping anywhere near the newsroom cameras during the tournament. That happened several weeks ago when Grönborg posed to become the world's first virtual sports anchor reporting on all the action unfolding in Slovakia. From the first game on May 10 right up until the final on May 26, the Swedish language live stream will deliver 408 hours of news, interviews, and analysis around the world championships to fans back home. "We spent hours filming myself in different positions and situations," Grönborg, who led Sweden to back-to-back titles in 2017 and 2018, tells CNN Sport of the painstaking process to create his virtual duplicate. "Then we recorded my voice saying all kinds of different, very, very weird sentences that didn't really make sense when I recorded it ... The filming was four or five hours and I think recording of my voice saying different sentences was at least three plus hours.

Visit the original source of this trend at edition.cnn.com
Back to Trends Listings
Tweet