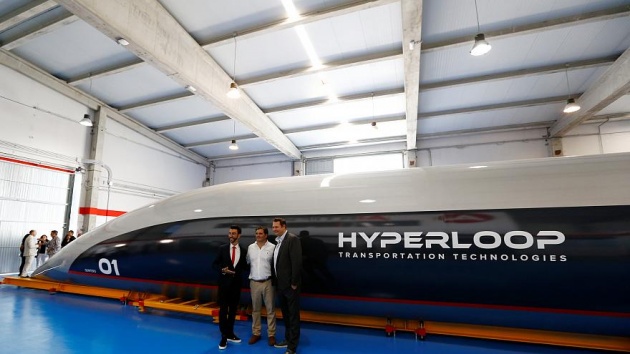 The world's first full-sized Hyperloop passenger capsule has been unveiled in Spain giving those in attendance a glimpse of the future. California based company Hyperloop Transportation Technologies (Hyperloop TT) revealed the slimline capsule, which can reach speeds of 1,220 kilometres per hour. The high-tech transportation would allow a trip from Barcelona to Madrid to be trimmed to just 25 minutes. The "Quintero One" capsule measures 32 metres and weighs 5,000 tonnes. Although constructed in southern Spain, the pods will be making their way to Toulouse, France to be further assembled before being put onto commercial tracks. Speaking about the technology, co-founder and CEO of Hyperloop TT, Dirk Ahlborn explained: "So, imagine a capsule filled with people or freight, similar to an airplane fuselage without wings, hovering inside a tube and moving really, really fast from one point to the other."

Visit the original source of this trend at www.euronews.com
Back to Trends Listings
Tweet