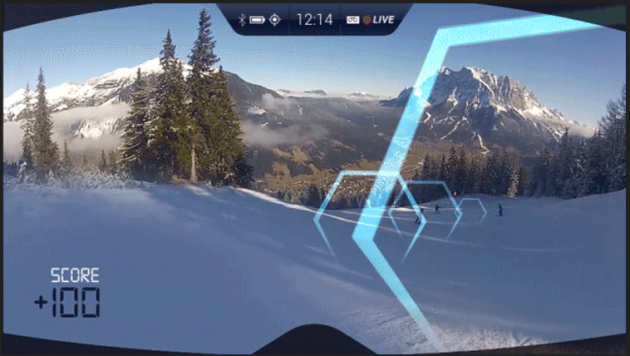 Augmented reality (AR) goggles and technologies are now flying out of the tech sector fast and furiously. Several are designed for sports, like headsets for skiers and boarders that are designed to be worn while hurtling down snowy slopes. RideOn, one such device developed by a group of Israeli entrepreneurs, raised over $110,000 through crowdfunding and is targeted for release by late 2015. The headset allows skiers to communicate and play games with fellow riders, and to control a virtual interface solely through the use of eye movements. While it is impossible to know whether this particular product will endure, or simply be a passing fad, AR as a technology looks to become an integral part of our lives.

Visit the original source of this trend at www.rideonvision.com
Back to Trends Listings
Tweet