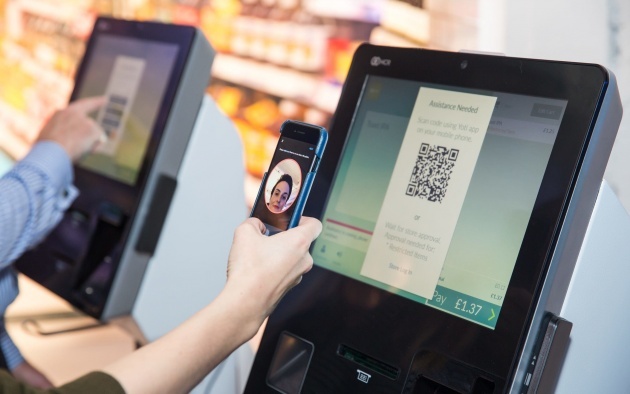 Supermarkets are set to trial facial recognition software to replace age checks under a pilot run by a British identity app. The technology will be used to remove in-person age checks when customers are buying alcohol and other age restricted items at a self-service till. The checkouts will confirm the user’s age by using a smartphone app called Yoti, which scans the shopper’s face to confirm their identity. It is hoped the technology can remove a key bottleneck at self-service tills - the requirement that assistants must still check identification when buying age-restricted goods. The app is set up by taking a photo and scanning a person’s driving licence or passport, at which point the two are tied together. The app is then able to confirm its owner’s identity at any time by them taking a selfie.