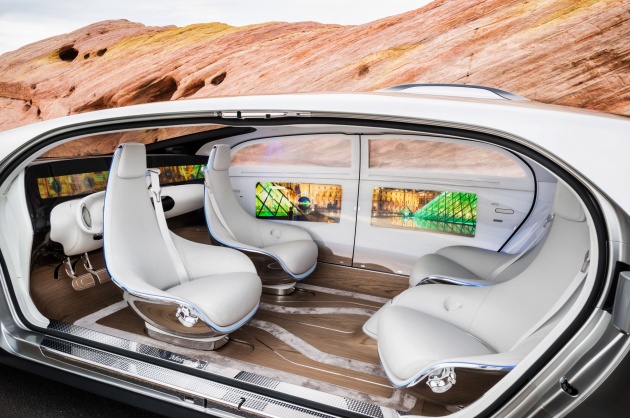 At this point, you can safely assume that self-driving cars are coming. Not only are tech companies like Google and Tesla hard at work developing autonomous technology, so are established automakers like GM and Ford. But when self-driving cars eventually do go on sale, it may be a long time before you can put one in your garage.
Speaking to Automotive News, Ola Kaellenius, Daimler’s head of Group Research & Mercedes-Benz Cars Development, said he thinks self-driving taxis are the only way forward. Why? Because privately owned cars would be too expensive. At least in the beginning. And by providing a taxi service instead of selling cars privately, he thinks Mercedes could actually start to make money pretty quickly.
“The amortization comes through not paying the driver. You could have a very quick amortization, so our effort on Level 4, 5 is robot taxi first. In our case the commercialization of that happens between 2020 and 2025 where we start rolling that out — either through our own mobility services that we’re building up or as a partner with other mobility services,” said Kaellenius.
After that, if the cost of autonomous technology comes down and consumer interest is high enough, you may see Mercedes sell self-driving cars directly to consumers. But unless Kaellenius has it wrong, it’ll probably be a long time before you can buy a Mercedes that can truly drive itself.

Visit the original source of this trend at www.motortrend.com
Back to Trends Listings
Tweet