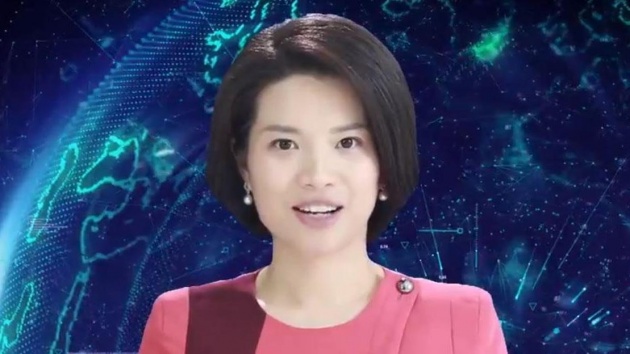 In news that journalists around the world are perhaps loath to report, China has just unveiled another non-human that is set to steal their jobs. China's state-run news agency, Xinhua, unveiled "the world's first female AI news anchor" to read alongside its male AI news presenters. Dystopian? Maybe not. But it is unsettling for those who are reporting. Named Xin Xiaomeng, the perfectly coiffed broadcaster was developed jointly by Xinhua and search engine company Sogou. Apart from a few stiff facial muscles, Xiaomeng is remarkably life-like, complete with hand adjustments while on camera, and just enough on-cue blinking. The computer-generated journalist was modelled after real-life Xinhua news anchor Qu Meng, whose voice and image provided inspiration for developers.

Visit the original source of this trend at www.thenational.ae
Back to Trends Listings
Tweet