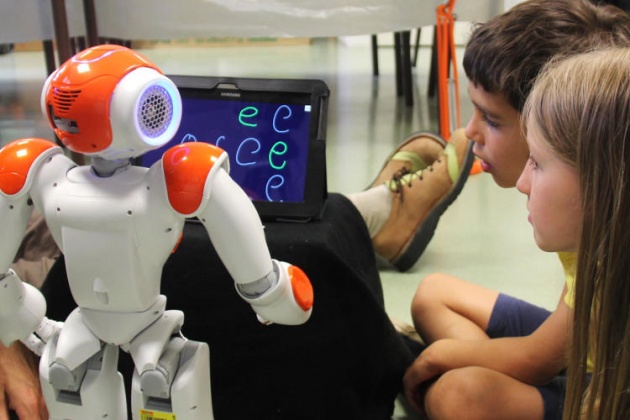 While it may seem as though some teachers are like robots, now the actual machines are starting to become part of the educators' toolkit. It makes sense that robots will someday be able to teach, but researchers in Switzerland are now bringing into the classroom to learn. Children learning to write are being asked to teach robots what they know, a practice that's meant to boost the students' self-confidence while improving their own skills. The system, called CoWriter, was developed by researchers at the Ecole Polytechnique Fédérale de Lausanne, and its proponents believe it has applications in speech therapy as well as other fields. Human teachers can relax in the knowledge that fully-automated instructors are still several year's off, but advances in software, robotics and artificial intelligence are changing education forever.

Visit the original source of this trend at chili.epfl.ch
Back to Trends Listings
Tweet