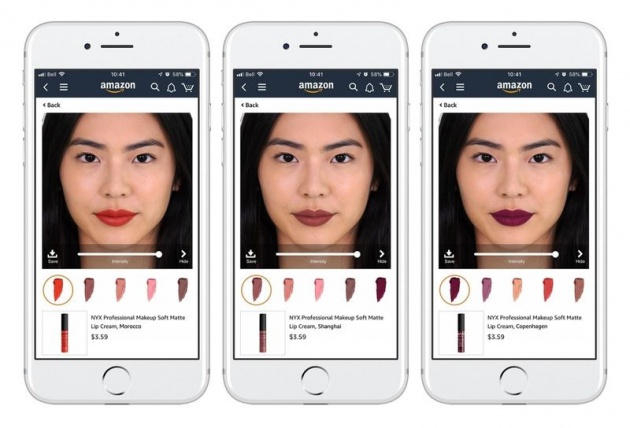 Cosmetics giant L'Oreal announced last year that it was buying augmented reality beauty app maker ModiFace. Since then it's deployed virtual makeup try-ons across a number of its own brands, allowing shoppers to test different shades of makeup in a live video or selfie of themselves. Now Amazon mobile users in the US and Japan will be able to try out Live Mode via the Android app, with iOS slated for launch later this year. Using the front facing camera, shoppers can digitally try on different shades of lipstick, thanks to AI-powered analysis of information provided by make-up brands, as well as images and descriptions found on social media. This isn't the first wave AI has made on the beauty landscape. Last year Target unveiled its at-home makeup studio, while IL MAKIAGE has developed a shade-matching algorithm that aims to find your perfect makeup shade without ever seeing your face. And on the skincare side of things, Neutrogena announced its 3D scanning face app for perfect-fit sheet masks earlier this year. The way we choose and purchase cosmetics is changing, so it makes sense that a retail giant as big as Amazon would get in on that sooner rather than later.