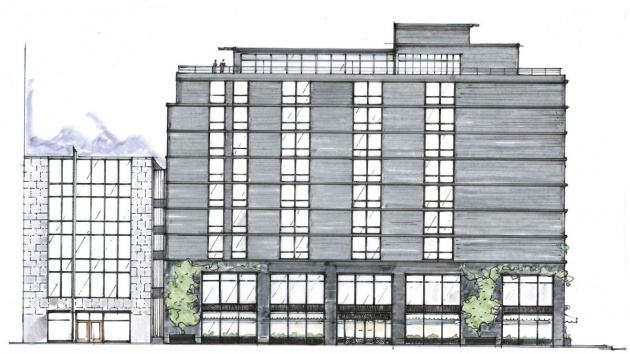 The first thing you’ll see when you walk into Eaton Workshop hotel in Washington, is a custom-commissioned video art installation by AJ Schnack, shown on a series of vintage-style television screens. All day long, it’ll broadcast a montage of footage from the presidential elections of 2012 and 2016 that’s built around one pointed question: How did our country get where it is today? It’s not a subtle statement, and it’s not meant to be. In Donald Trump’s Washington, Eaton is planting a clear flag as a haven for Democrats. It’s the world’s first politically motivated hotel, the flagship for a global brand that’s built around social activism and community engagement. And it comes with a pedigree: As the daughter of Ka Shui Lo, the creator and executive chairman of Hong Kong-based Langham Hospitality Group, founder Katherine Lo knows a thing or two about luxury hotels and world-class service. In Lo’s view, hotels ought to be catalysts for good. In a world where we can be conscious consumers-of everything from clothing to food to baby products-she argued there’s a place for conscious hotels, too. This isn’t a revolutionary idea: Already, 1 Hotels has built a small collection of luxury properties entirely around the idea of sustainability, and Shangri-La Hotels & Resorts has made a significant, brand-wide commitment to bolster community programming for disadvantaged children in all of its destinations. It’s one of many five-star brands that have a conscious ethos but choose not to flaunt it. Eaton Workshop is different. With a premise that’s built around liberal activism and civic engagement, the brand will weave a liberal philosophy into every aspect of the guest experience.

Visit the original source of this trend at nationalpost.com
Back to Trends Listings
Tweet