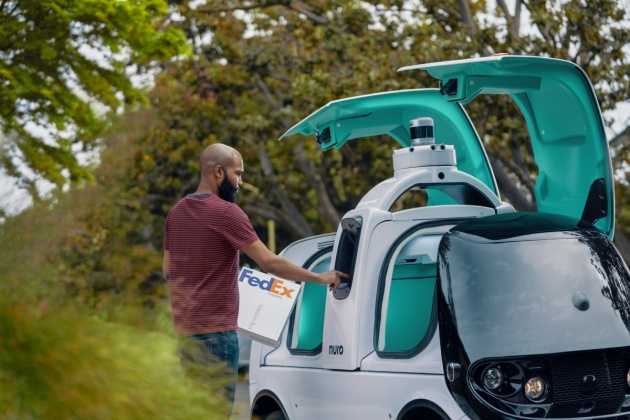 Nuro, one of the biggest names in driverless delivery vehicles, just landed its biggest fish yet, entering an agreement with logistics giant FedEx, which has committed to using the startup’s autonomous delivery vehicles in the long-term and at a “large scale.” Since starting grocery delivery trials in Arizona with supermarket retailer Kroger back in 2018, Nuro has gone on to conduct similar trials with Domino’s, Walmart and CVS. In a significant milestone for the industry, it also recently earned the first ever autonomous vehicle exemption from the US Department of Transport for its R2 pod, which it began testing on the streets of Houston last year. FedEx, too, has dipped its toes in the autonomous delivery pond. In 2019 it unveiled what it called the SameDay Bot, a prototype battery-electric delivery pod that rolls down sidewalks and roadsides to complete same-day, last-mile deliveries. FedEx will task Nuro’s vehicles with a similar responsibility, adding them to its existing fleet of 200,000 vehicles and using them to carry out last-mile deliveries. The pair have already begun testing in Houston, Texas.