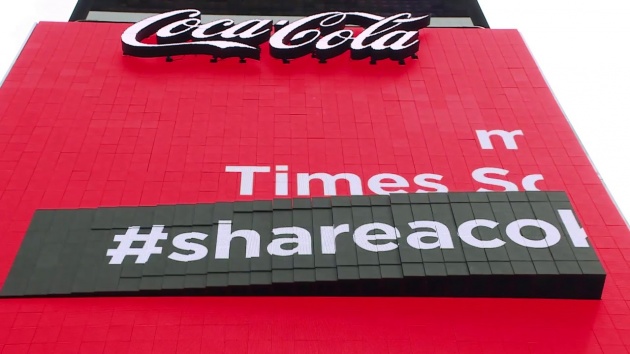 The world’s first robotic 3D sign went up New York’s Times Square featuring Coca-Cola. The billboard was designed using 1,760 LED screens, which can move independently of one another with programmed choreography. The shifting advertisement changes images with a motion like a slow wave of water, providing viewers with an appealing transition. The 3D sign uses 1,760 LED screens to give viewers the unique experience of depth and motion in a shifting advertisement.