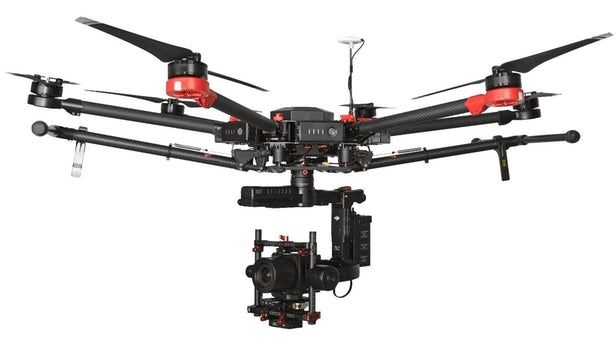 The building industry, farmers, oil exploration... the list of companies making use of industrial camera drones is growing by the month. Now the Industrial arm of Danish camera manufacturer Phase One has launched an aerial camera that uses the world’s first backlit medium format sensor. It's called the iXM 100MP, and it's almost certainly the first camera to use this sensor from Sony that we told you about back in November. The iXM 100MP is part of a new iXM system of cameras and lenses designed to be used attached to drones or manned aircraft. A 50-megapixel version, the iXM 50MP, has also been launched, but the iXM 100MP uses backside illumination to boost the light sensitivity of the sensor and to improve its dynamic range. The two cameras use 4:3 ratio sensors measuring 33x44mm, and both offer XQD storage as well as HDMI-out to allow realtime preview. USB-C and 10G Ethernet ports provide the means to connect directly to on-board storage and control in larger craft, to synchronize an array of cameras for 3D capture, and to speed up mapping work.

Visit the original source of this trend at www.dpreview.com
Back to Trends Listings
Tweet