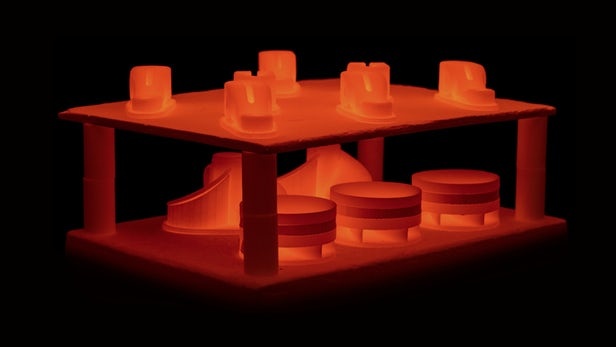 We've been hearing for years now about 3D printing and how it's going to revolutionize manufacturing. As yet, though, it's still on the periphery. Plenty of design studios and even home users run desktop printers, but the only affordable printing materials are cheap ABS plastics. And at the other end of the market, while organizations like NASA and Boeing are getting valuable use out of laser-melted metal printing, it's a very slow and expensive process that doesn't seem to scale well. But a very exciting company out of Massachusetts, headed by some of the guys who came up with the idea of additive manufacture in the first place, believes it's got the technology and the machinery to boost 3D printing into the big time, for real. Desktop Metal is an engineering-driven startup whose founders include several MIT professors, and Emanuel Sachs, who has patents in 3D printing dating back to the dawn of the field in 1989. The company has raised a ton of money in the last few months, including some US$115 million in a recent Series D round that brings total equity investments up over US$210 million. That money has come from big players, too, including Google Ventures. The hype is real. And if Desktop Metal delivers on its promises – that it can make reliable metal printing up to 100 times faster, with 10 times cheaper initial costs and 20 times cheaper materials costs than existing laser technologies, using a much wider range of alloys – these machines might be the tipping point for large scale 3D manufacturing.