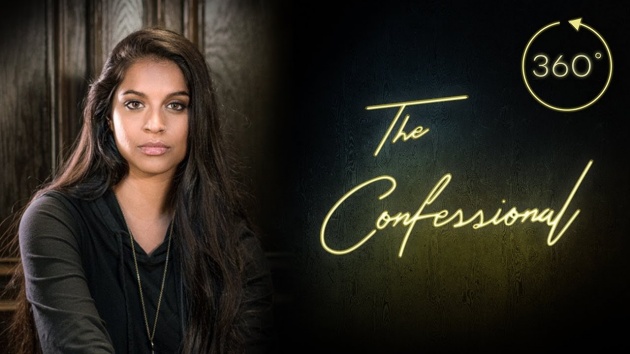 The Confessional was conceived and produced by both Felix & Paul Studios and Just For Laughs in collaboration with Google, and was filmed over the course of 2017’s Just For Laughs comedy festival in Montreal. Headspace Studio, the leader in 3D positional audio processing, provided audio capture and end-to-end sound processing for the series. “When we approached Just For Laughs about creating VR’s first premium short comedy show, it was amazing how quickly we realized we had a shared creative vision – to create a new form of comedic experience by fusing VR’s capacity to create a strong sense of proximity and intimacy between viewer and talent, with the extraordinary quality of presence and performance of the best comedians. Think of ‘Comedians in Cars’ or ‘Between Two Ferns’, but in the highly immersive, intimate and personal medium of virtual reality where the viewer essentially becomes the host,” said Paul Raphaël, Co-Founder and Creative Director of Felix & Paul Studios. “We are thrilled to launch our first VR experiences on the Daydream platform and look forward to future collaborations with both Google and Just For Laughs.”

Visit the original source of this trend at www.roadtovr.com
Back to Trends Listings
Tweet