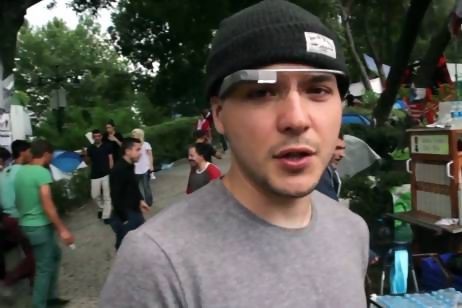 ShareSave to Favorites
Added 13 August, 2013
Want a glimpse of how the journalism world will look in a few years? Look no further than the work of Vice Media’s Tim Pool, who made headlines in June when he used Google Glass – the internet-enabled glasses that Google will soon release to the public – to live-stream footage from the Istanbul protests. Tens of thousands logged on to see what Pool could see as he made his way through the thick of the crowd: the result was a thrilling, immersive take on the protest unlike anything else out there. What happens when connected, wearable devices such as Google Glass are so cheap that almost everyone has one? Then, any one of us will be able to become live-stream journalists whenever we want. G8 visiting your hometown? Stuck in a traffic jam filing past a road accident? Protest erupted in your city? Live-stream it. This week, NBC acquired real-time mobile video service to utilize citizen journalists. In the latest move to leverage user-generated content, NBC has acquired video streaming service Stringwire, which allows users to capture and produce real-time video from mobile devices. The addition of the service will feed eyewitness video directly to NBC, putting it on the front line whether a news crew is present or not. Here comes the future.
Visit the original source of this trend at www.thenational.ae
Back to Trends Listings
Tweet