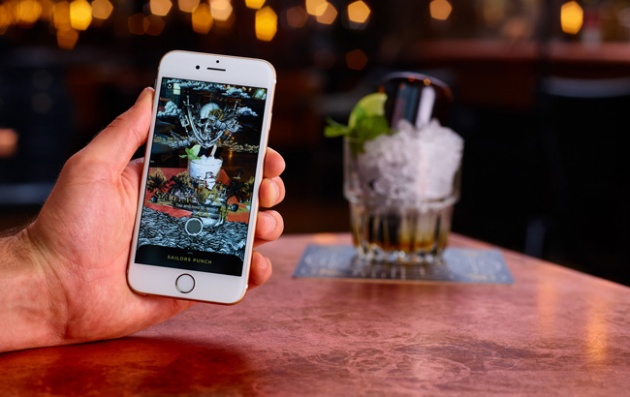 UK-based bar chain The Alchemist has unveiled an augmented reality (AR) cocktail menu called The Conjurer, which is brought to life through a smartphone app. The menu features six signature serves, which are brought to life by The Conjurer app – available from the app store on Android and iOS devices. The Conjurer by The Alchemist will initially launch at the chain’s Covent Garden site in London and is said to “cast an intriguing spell on your cocktail”. Once the cocktail is viewed through a smartphone, the app “brings life to the vessel and concoctions within”. The AR technology aims to tell the story behind each cocktail, and can also help imbibers unlock a hidden cocktail. When viewing the mobile app, imbibers will be able to see animations for each cocktail, capture the action through their camera, share their experiences to social media and log each cocktail they try. The new menu has initially launched in London, but the chain intends to roll the menu out to other venues in the coming months.

Visit the original source of this trend at www.thespiritsbusiness.com
Back to Trends Listings
Tweet