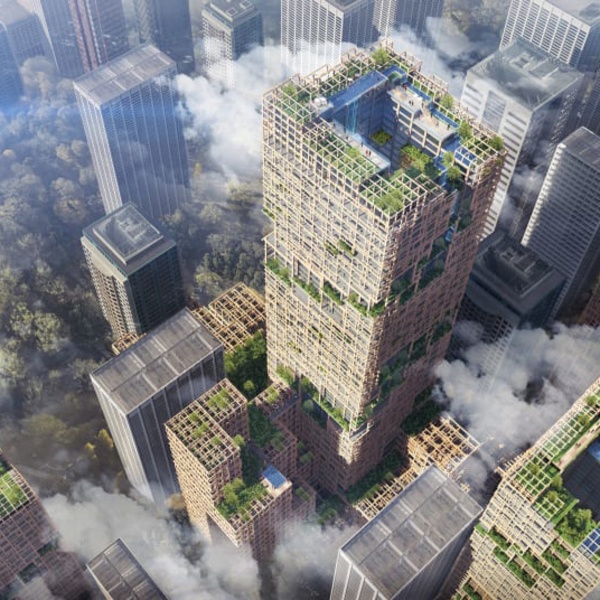 A Tokyo skyscraper is set to become the world's tallest wooden building. Japanese company Sumitomo Forestry says its 1,148-feet-tall timber tower will be completed in 2041, to mark the 350th anniversary of the business that year. The W350 tower will cost an estimated 600 billion yen ($5.6 billion) to build. The 70-story tower will be a hybrid structure made from 90% wooden materials. A steel vibration-control framework will underpin the design -- an important feature in a city where earthquakes are frequent. Green balconies will populate the skyscraper's exterior, connecting the building to its environment. "The aim is to create environmentally-friendly and timber-utilizing cities where (cities) become forests through increased use of wooden architecture for high-rise buildings," the company said in a press release.
The Japanese government is trying to encourage more developers to use wood. In 2010, it passed the Promotion of Use of Wood in Public Buildings Act, which required all government buildings up to three stories high to be constructed with wood, or to utilize wood.

Visit the original source of this trend at edition.cnn.com
Back to Trends Listings
Tweet