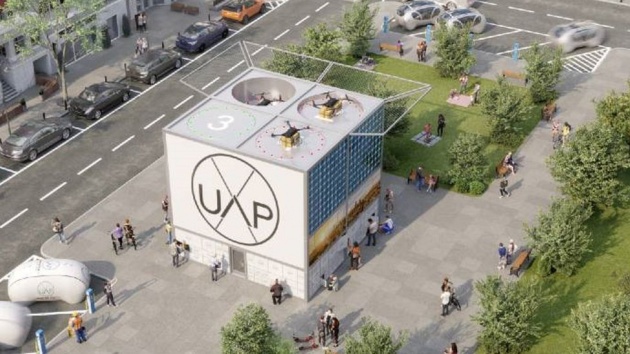 Construction has started on an air hub in England which will act as a base for police and delivery drones. The facility, known as Air One, is being built in Coventry ahead of a demonstration event later this year. Backers said sites like around the world could eventually host electric vertical take-off and landing aircraft such as air taxis and autonomous drones. West Midlands Police said it has been working to build an infrastructure network of take-off and landing sites for its drones to boost operations and aid the fight against crime. The project was awarded a £1.2m government grant by UK Research and Innovation's Future Flight Challenge.