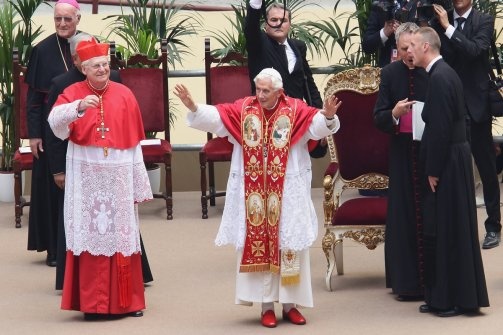 ShareSave to Favorites
Added 5 June, 2013
Three months after resigning from his papacy, Benedict still holds influence in footwear. The lavish papa, whose wardrobe was famous because of those red shoes (which for a long time were rumored to be Prada), has settled on a pair of brown loafers in the three months since he left the throne. The new shoes, which Benedict received on a 2012 trip to Mexico, were custom-made by Armando Martín Dueñas, a third-generation cobbler in Léon, Mexico's leather capital. The New York Times reports that the strong post-papacy endorsement has helped Dueñas's business grow by nearly 30 percent. "It’s strengthened our entire industry," he told the paper.
Visit the original source of this trend at www.thedailybeast.com
Back to Trends Listings
Tweet