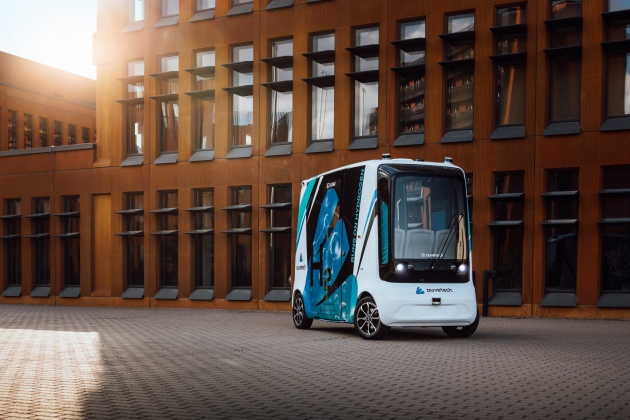 The world’s first autonomous hydrogen vehicle, created by the Estonian enterprise Auve Tech in cooperation with University of Tartu researchers, was presented to the public for the first time in Tartu, Estonia. The first passenger on the hydrogen vehicle was the President of Estonia, Kersti Kaljulaid. The hydrogen shuttle, which is authorized by the Estonian Road Administration for public traffic, is powered by low-temperature hydrogen cells which produce energy from hydrogen right inside Auve Tech’s self-driving shuttle. Seating up to six passengers, it is primarily aimed at enhancing last-mile transportation. The shuttle can drive without human interference both in public traffic and semiclosed areas; its movements can be monitored and, if necessary, corrected by remote control.

Visit the original source of this trend at www.theautochannel.com
Back to Trends Listings
Tweet