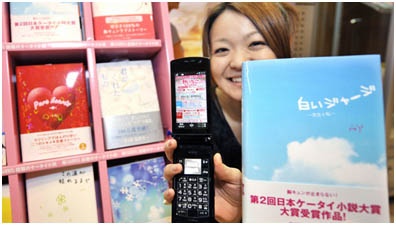 ShareSave to Favorites
Added 19 June, 2013
Electronic self-publishing is booming in China, where there are at least half a billion Internet users and several websites with millions of user-generated titles in their database. One publishing house executive have pointed out that no authors below 35 years old were discovered recently outside the internet. One reason that online lit is doing so well is that these websites are seen as better alternative to China’s state-run publishing houses. That said, online literature sites are monitored by China’s internet-filtering system so that sensitive words or topics can be blocked. Top ranked novels online are in the categories of fantasy fiction, historical fiction and Chinese knight novels. Online publishing has become so prevalent that Internet novels are now considered for the country's prestigious Mao Dun Literature Prize.
Visit the original source of this trend at chinawriter.org
Back to Trends Listings
Tweet