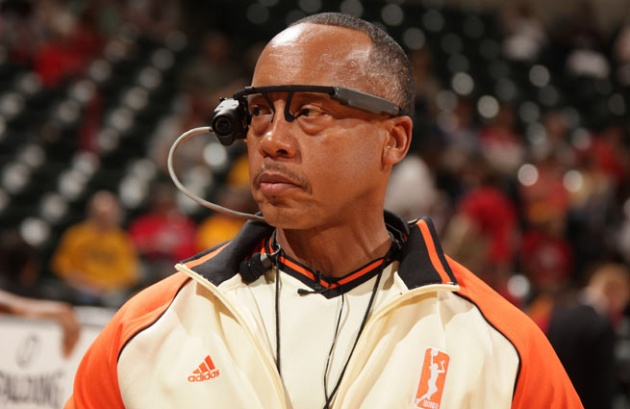 ShareSave to Favorites
Added 13 June, 2013
The WNBA just debuted a new camera worn by official Lamont Simpson during nationally televised game. Mounted above the referee's ear on the right side of a device that looked like a pair of glasses, the ref cam drew rave reviews from players who posted on Twitter. For fans, the cam offered a unique perspective on the game. The camera has already been used in a European rugby game and may soon be in play in baseball or football.
Visit the original source of this trend at sportsillustrated.cnn.com
Back to Trends Listings
Tweet