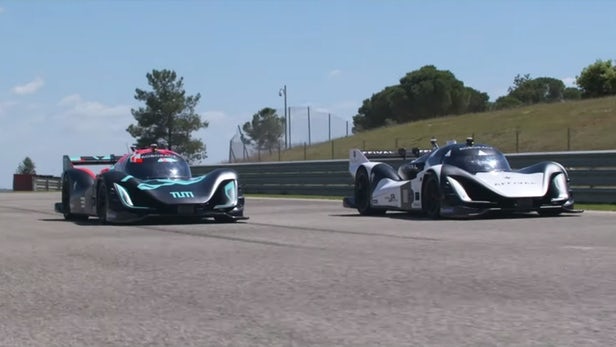 A little piece of history has gone down at the Monteblanco racetrack in Spain, with the world's first fully autonomous car race. Two teams pitted code and cars against one another, with Team Arrival beating out the Technical University of Munich to take the first ever Roborace win. The Robocars in question are no joke – 300-kW (402-hp) electric race machines capable of speeds over 320 km/h (199 mph) without drivers on board. Using five LIDARs, two radars, 18 ultrasonic sensors, GNSS satellite positioning, six cameras, two optical speed sensors and Nvidia Drive PX2 processing units, the cars drive themselves according to algorithms programmed by each race team. The eight-lap race format is a bit weird. To cut down on crashes in these early pioneering days there's no overtaking outside the main straight, and overtaking is only achieved through mutual agreement. If a car is close enough to the car in front in the "trigger zone" before the final turn, it requests an overtake from the car in front, which is required to move over and let it go past.