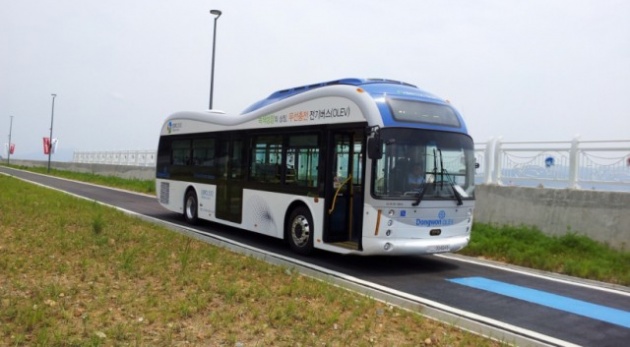 ShareSave to Favorites
Added 8 August, 2013
South Korea has rolled out the world’s first road-powered electric vehicle network. The network consists of special roads that have electrical cables buried just below the surface, which wirelessly transfer energy to electric vehicles via magnetic resonance. Road-powered electric vehicles are exciting because they only require small batteries, significantly reducing their overall weight and thus their energy consumption. There’s also the small fact that, with an electrified roadway, you never have to plug your vehicle in to recharge it, removing most of the risk and range anxiety associated with electric vehicles (EVs). The network consists of 24 kilometers (15 miles) of road in the city of Gumi, South Korea. Is this the future? It's hard to overstate the advantages of a nationwide electrified road network. You would never need to stop at a filling/charging station ever again. The design and engineering of cars would change dramatically, as large engines, fuel tanks, and batteries would no longer be required. Reducing our reliance on fossil fuels would of course be a boon to the environment, too. The electric road would be a network in the computer sense of the word, too, potentially allowing for all sorts of vehicle tracking, autonomous driving, vehicle-to-vehicle networks, smart braking, and more.
Visit the original source of this trend at www.extremetech.com
Back to Trends Listings
Tweet