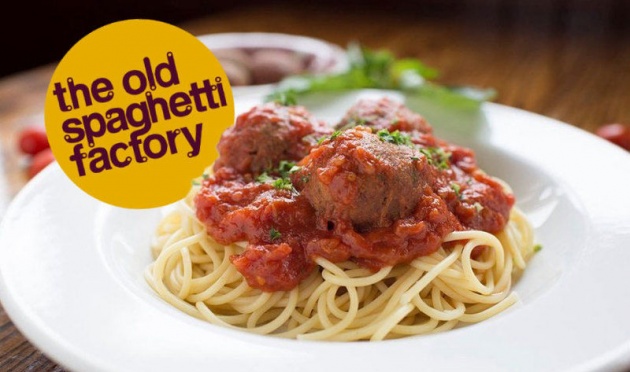 Meatless meat is having its moment and now, The Old Spaghetti Factory, a large North American restaurant chain, has launched a vegan Beyond Meat Spaghetti and Meatballs menu item at 14 locations across Canada. To make the dish, Beyond Meat is hand-rolled daily with the restaurant’s own blend of signature spices into vegan meatballs and served over spaghetti with house-made Italian marinara sauce, made from vine-ripened tomatoes. The pasta can also be ordered gluten-free. “We’re very excited to be able to offer the satisfying flavor of our traditional meatballs, with the added health benefits and environmental sustainability of plant-based protein,” Michael Thompson, The Old Spaghetti Factory Canada executive chef, said. “We believe that preparing them fresh, by hand, and in-house every day, makes all the difference in quality and taste.” In addition to its Beyond Meat Spaghetti and Meatballs, the traditional Italian restaurant offers other vegan options such as Spaghetti with Marinara Sauce and Spaghetti with Mushroom Sauce.