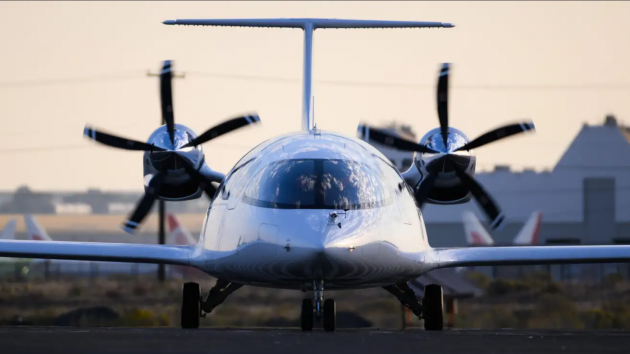 The world’s first all-electric passenger airplane has finally taken flight. The Eviation Aircraft Alice went on its maiden voyage on Tuesday, after a series of setbacks and delays kept putting off the historic flight — officially bringing passenger planes into the EV age. The inaugural Alice flight was short and sweet, lasting eight minutes in all. The EV plane took off early Tuesday morning from Grant County International Airport in Washington state, and reached a maximum altitude of 3,500 feet. The plane’s max operating speed is 260 knots, just under 300 miles per hour, powered by two 640 kW (858 hp) electric motors. Eviation CEO Gregory Davis says the company is targeting a max range between 200 to 300 nautical miles, which would allow the passenger plane to operate flights ranging from 150 to 250 miles. Its maximum load is expected to be up to 2,600 pounds, and the Alice will carry two pilots and up to nine passengers.

Visit the original source of this trend at jalopnik.com
Back to Trends Listings
Tweet